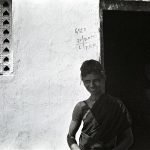 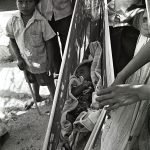 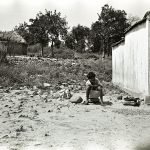 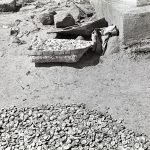 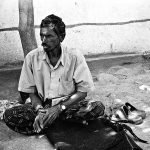 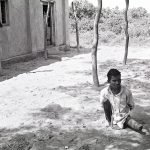 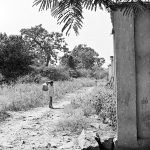 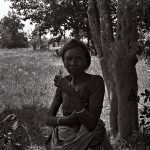 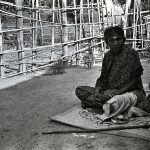 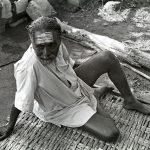 Modern civilizations have this all-consuming and for the most part condescending need to civilize the so called ‘savages‘, ‘tribals‘ or ‘primitive people‘ that they come in contact with. Caught up in that great lumbering juggernaut’s path these people with alternate living styles suffer greatly. Their communities are destroyed, their numbers ravaged by disease and displacement due to loss of their traditional living styles and food sources. One such group of peoples facing a similar ordeal is the Chenchus.

The Chenchus are a group of adivasis (literally original inhabitants) who live in the central hill regions of Andhra Pradesh. Most of their population lives within the protected Nallamalla Forest range in Mahbubnagar district. They traditionally followed a hunter-gatherer lifestyle. A steadily increasing exposure to civilization has brought a host of problems for them. The land on which they have been living for generations has been declared a protected tiger reserve by the government. In keeping with the declaration there are moves to displace them completely from the forest area and resettle them elsewhere.

One of the biggest problems faced by the Chenchus who are in constant contact with civilization is health related. The children are commonly prone to various skin diseases. Many of them never live to see adulthood. And even those who live to be adults are frequently prone to diseases that have been eradicated from urban India. Most of the diseases that plague the Chenchus (like scabies, polio) are easily curable as treatments/medicines for them are widely available and in fact these diseases have almost completely been eradicated from urban India. There are many reasons for this. One reason is they have no natural resistance to many of the diseases that are common in a civilized world as until recently they have lived in isolation for generations in forests. Second reason is inadequate health care provided by the government. A third reason is improper hygiene among the tribals when living in a civilized setting. Another important reason for their ill health, especially among their children, is food related. Ever since the Chenchus have been forbidden to hunt animals in the forests they live in they have had to subsist on the wild roots, tubers and seeds they gather in the forest as well as the occasional rice and pulses grown by them or doled out by the government. This lack of access to a ready protein source is one of the causes for the greater incidence of skin and other malnutrition diseases among the tribals.

The Chenchus are shy, wary of strangers and government efforts to introduce them to agriculture. They want to be left alone by civilization and allowed to live as they have been living for generations. But due to the steady disappearance of their traditional lifestyle under pressure from civilization they are slowly dying out like the tiger which the government is trying to protect by displacing the Chenchus.